So I’ve been wanting a tattoo forever and decided when I turned 29 back in June that I’d get it before I turned 30. I wanted to get a compass and even picked one out but as everything started happening with my sister I felt drawn away from that for now.

A mentor of mine who has been a great help in navigating the last six months was praying over me one day and started using the word “warrior”. I immediately saw it as a tattoo on my arm and the decision was made! I was looking for fonts I liked and Dan suggested I use Katie’s handwriting. Sob.

So my sister Lex went through lots of writing samples she has of Katie’s and Dans cousin put all of the letters together.

Lex and I went last night to the tattoo shop I chose. I was nervous at first but as soon as he started I looked at Lex and said “oh my gosh it’s nothing”. So about two minutes later it was done! Easy peasy. 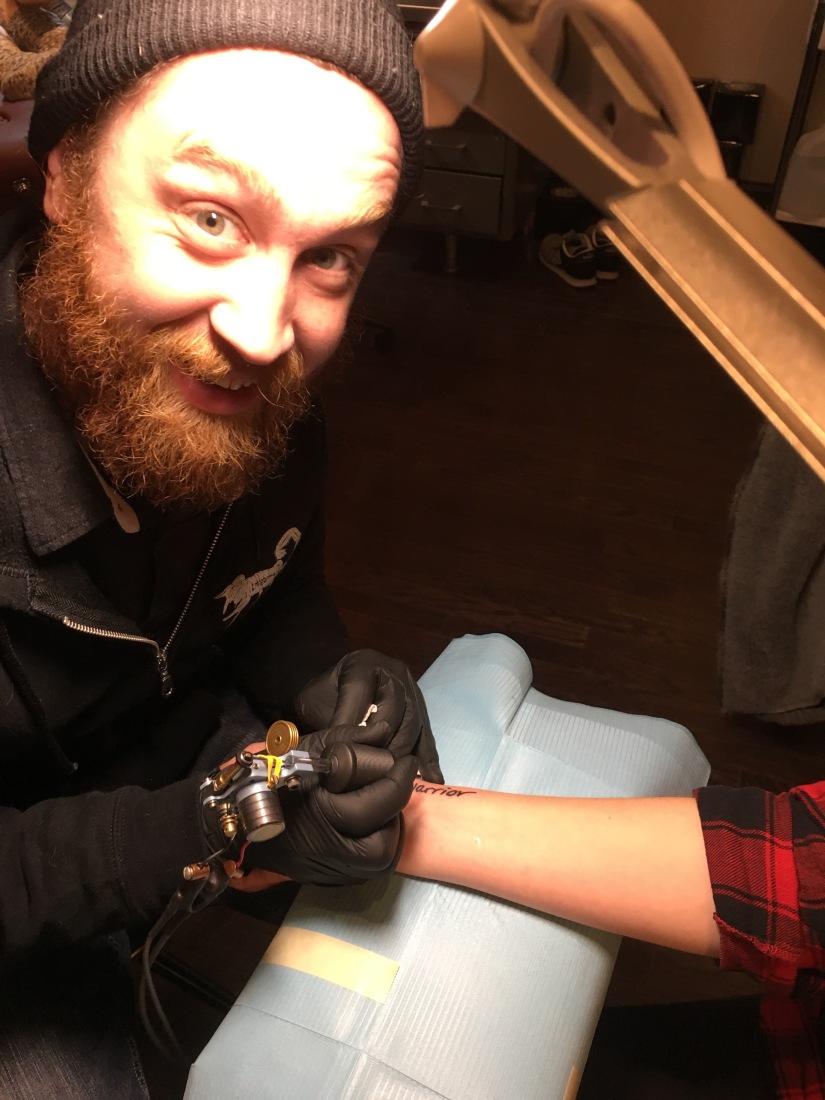 A constant reminder to keep fighting. For Katie, for her family, for my own sanity! It’s a battle worth fighting.

View all posts by ashleylfrancis